Adrian Ensor has been a master printer for over 40 years and has twice won the prestigious Ilford Printer of the Year Award. His London darkroom attracts photographers not only from the UK, but also from around the world. Adrian’s highly acclaimed book, “Advanced Processing and Printing” was published by Rotovision in 2002. He is widely regarded as one of Britain’s finest black and white printers.

On The Trails of Federico Garcia Lorca

Catalog of the Adrian Ensor Photo Exhibition for the celebration of the 124th anniversary of the birth of Federico Garcia Lorca.

An exhibition to celebrate 50 years in Fitzrovia Chapel

Adrian’s show at The Framers Gallery

In 2019 Adrian had an exhibition called ‘From Dark to Light’ at The Framers Gallery in London.

In 2017, The Tate filmed Adrian in his darkroom talking about black and white printing and photograms to coincide with their ‘Radical Eye’ photographic exhibition.

Over the past 20 years Adrian has also been building a reputation as a gifted photographer, setting himself projects that he finds personally stimulating and pursuing them purposefully. This photographic work has been exhibited at the Photographers Gallery in London and has also been recognised by the Association of Photographers, who presented him with a Silver Award for his Architectural Photography.

His photographs of London are part of the Eric Frank collection recently gifted to Tate Britain.

Two of Adrian’s images of London were accepted for The 2013 Royal Academy Summer Show. 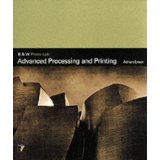 Adrian’s highly acclaimed book, “Advanced Processing and Printing” was published by Rotovision in 2002. You can purchase your own copy from Amazon.